It’s time to meet the 16 sides that make up the South African Premier Soccer League. 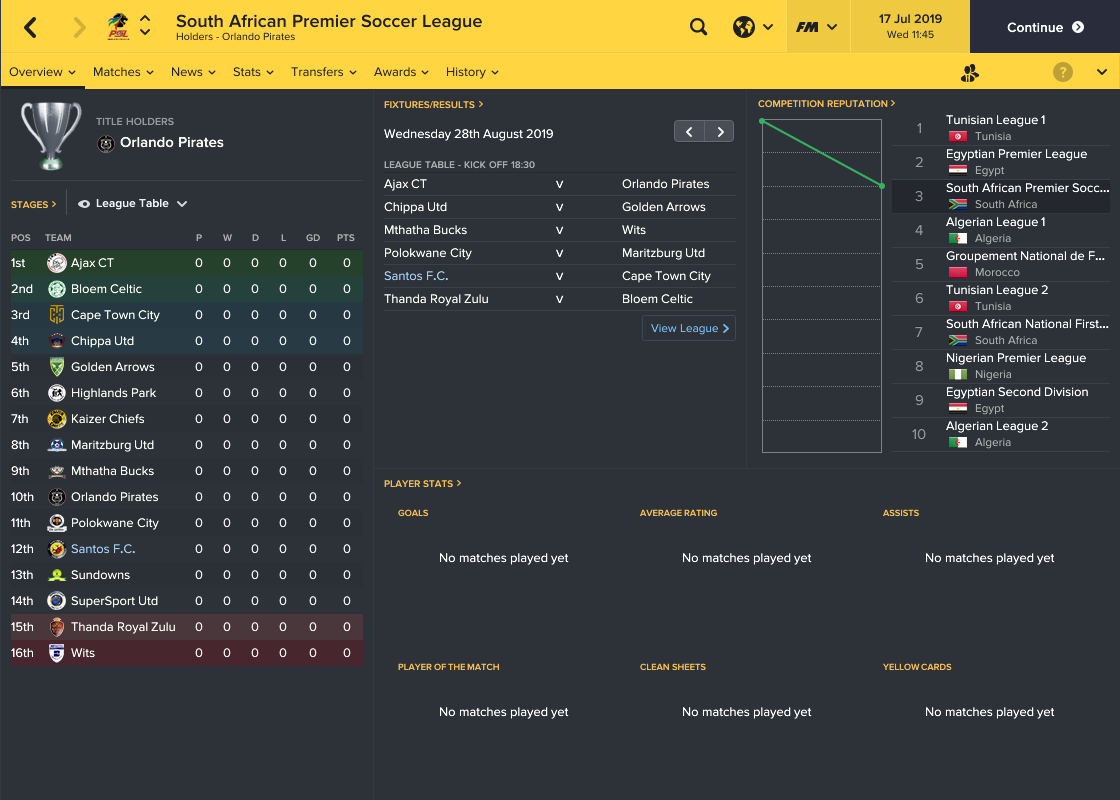 Here we go then. We’ve met some of our new players, we’ve met my new assistant Keith, and now it’s time to meet the 16 sides that make up the South African Premier Soccer League. 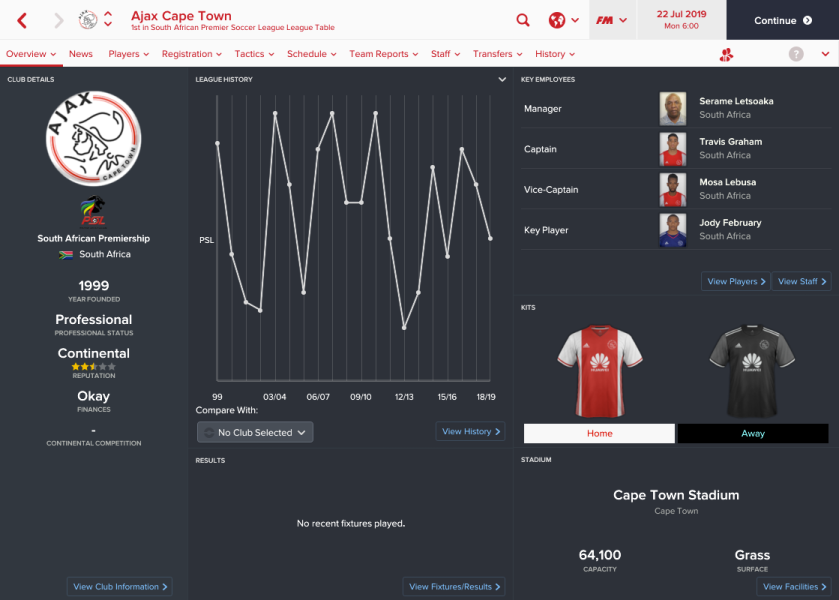 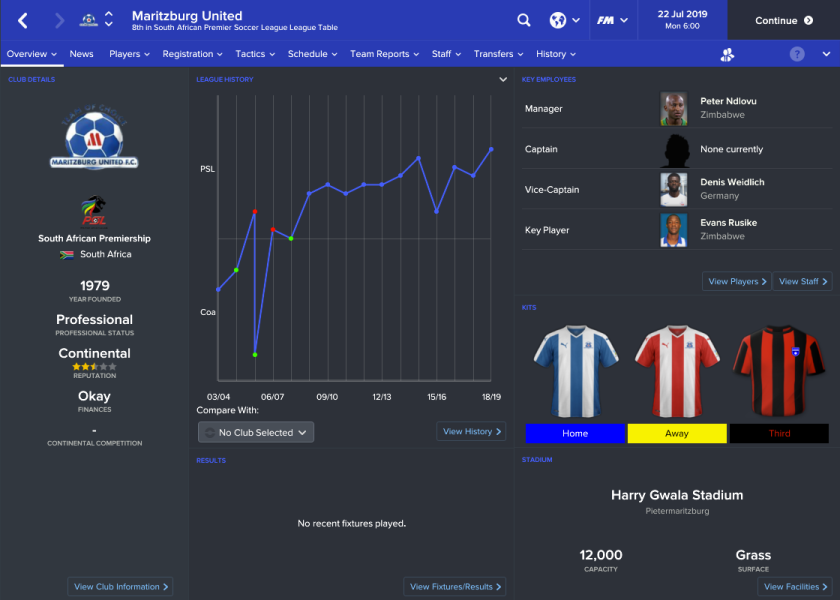 Last Season: Champions in and promoted from the South African National First Division 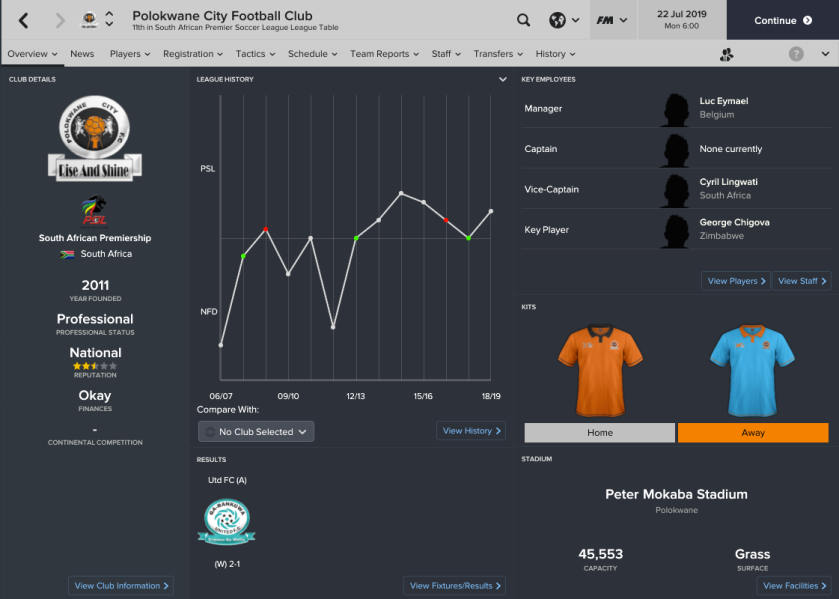 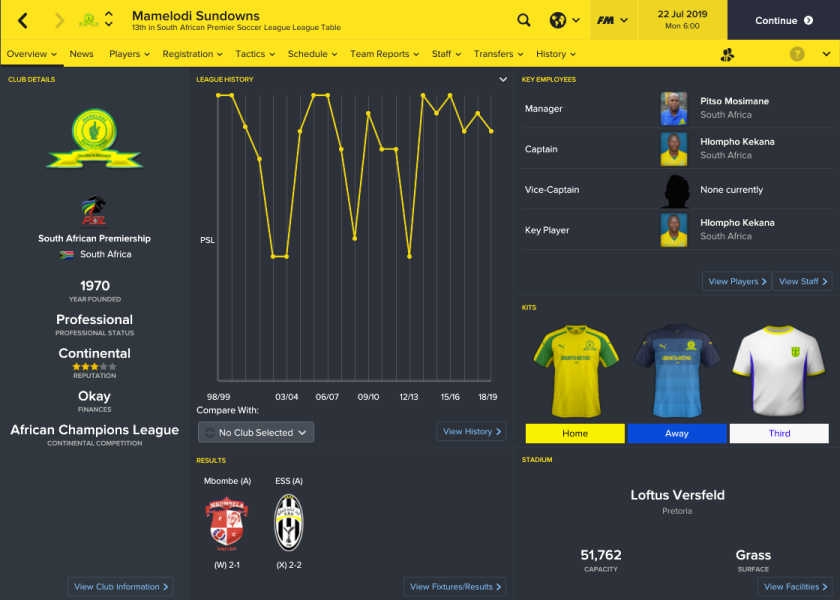 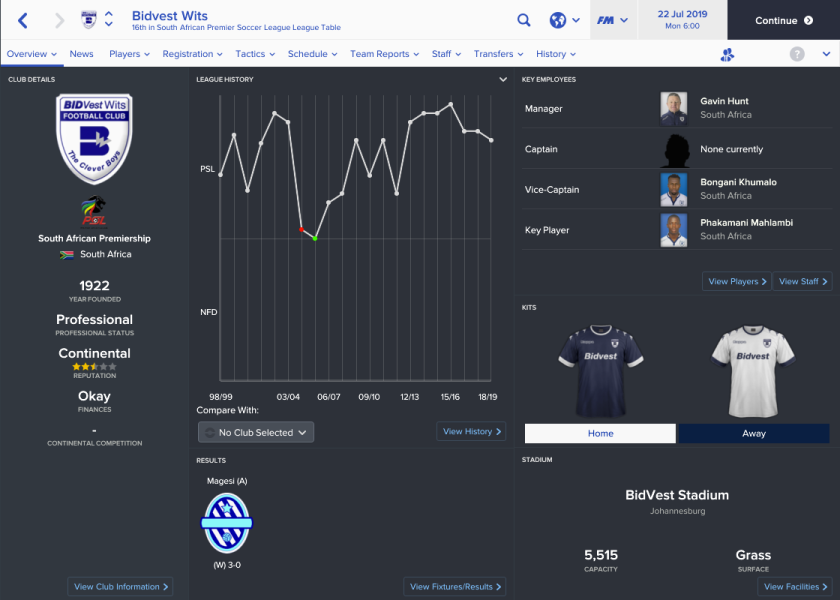 So the good news is that after surviving the Portuguese Championship and the Lotto Ekstraklasa where the Leagues started splitting up and going into little mini-leagues, the PSL is actually pretty straightforward. 16 teams play each other twice, so 30 games in all. The top 2 in the League qualify for the African Champions League Preliminary Round, the 3rd and 4th placed sides qualify for the African Confederation Cup, depending on who wins the SA Cup, and the bottom team is relegated. I mean, yes the team that finishes 2nd bottom goes into a play-off mini-league with the 2nd and 3rd placed sides from the 2nd tier, but still. Overall it’s quite a straightforward system.

And I actually feel pretty good about this league. Am I wrong? Am I just naive, or does this feel OK? The board expect us to stay clear of a relegation scrap. Santos have had 2 solid seasons back in the top flight, and that was without me! Under the guidance now of a practically never relegated Manager like me, I feel like this club can not only avoid the drop but really push on up the League.

And the other thing is that if we can push towards the upper echelons of the league, it actually looks pretty open. Kaizer Chiefs won it in 2017 with Supersport United, Sundowns and Ajax CT well behind them, then they won it again with Sundowns, Supersport United and Orlando Pirates chasing, and then last year Orlando Pirates won it, closely followed by Kaizer Chiefs, Sundowns and Supersport United. There seems to be a fair bit of fluctuation up there. Ajax CT have plummeted down to 9th place in the last 2 years, while Orlando Pirates finished 6th and 4th before winning the league. If you ask me, there’s room for anyone to break into the top 4 club, and I don’t see why it can’t be us. Eventually.