Wasn’t my version a bit… Meatier? 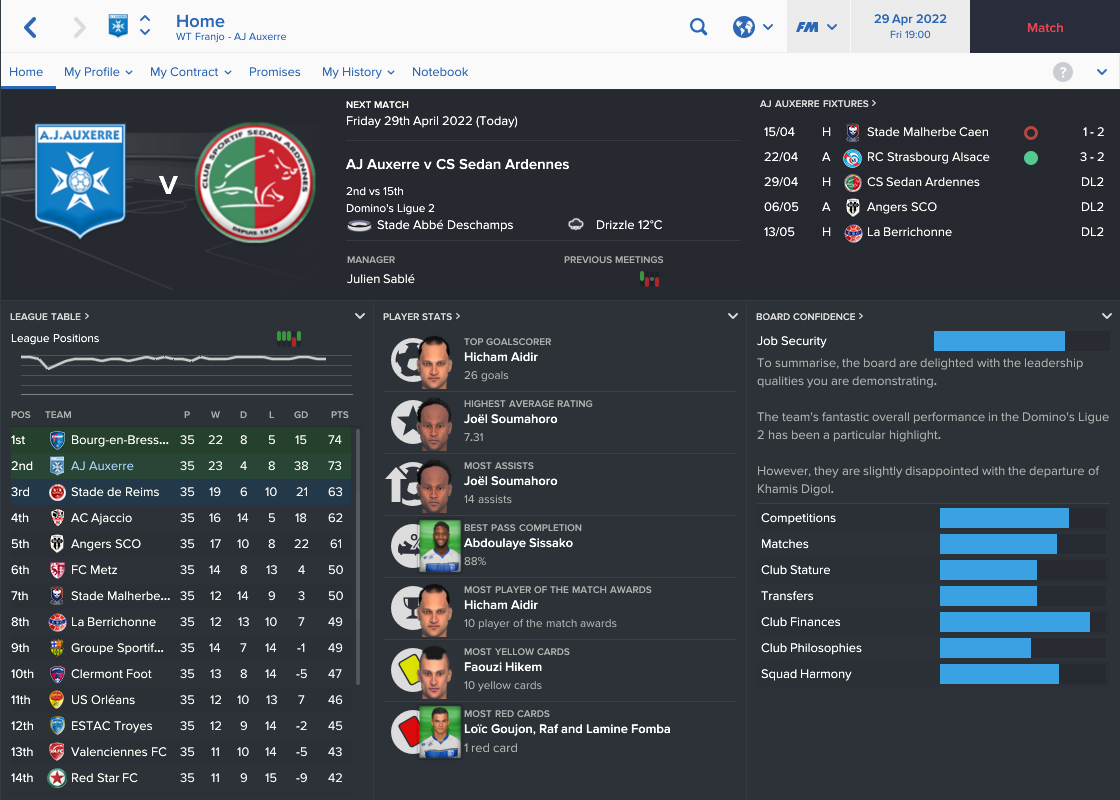 All Players Please Observe Until The End Of The Season

No late nights, no fast food, no alcohol. Give your all. Save the celebrations for after we win the title.

I scrunch up my face. “Wasn’t my version a bit… Meatier?”

“The work of a fucking madman.” Chuckles Crouch. “You drew Abel Xavier coming out of a magic lamp with a speech bubble that said ‘I’m a colossal waste of £1.5M'”

I shake my head. “No, I would’ve remembered doing that. It is true though.” There’s an uncomfortable pause. “You never played with him at Liverpool did you?”

“No, couple of years before me.”

Refreshed and reinvigorated after about 12 hours sleep, my attention is now focussed like a laser beam upon our home match against CS Sedan Ardennes. Yes we’ve broken club records for number of points and number of wins, but this title race has become something of an obsession for me and I won’t be satisfied until we win it.

In terms of individual accolades, another record has crumbled for poor, retiring Jérôme Mombris and this time it’s for his 9 Player of the Match awards in the the 2018/19 season. After tapping home the goal that sealed our promotion, Hicham Aidir’s racked up 10. He’s on 25 league goals too, just 1 off Djibril Cissé’s Ligue 2 record that’s stood since his 2003/04 season for Auxerre nearly 20 years ago.

The one that makes me do a double take though is the shortlist that I’m sent for the Ligue 2 Goalkeeper of the Year award. Carrasso’s good… Jeannin’s OK… Mika… Where the bloody hell’s Xavier Lenogue? You know, holder of the Ligue 2 clean sheet record? Last line of one of the league’s best defences? Who did Thomas fucking Didillon sleep with to get on the bloody shortlist?

Never mind. I’ll shortlist him for my own award. He’s the first on the shortlist for The First Annual Franjo Award For Unappreciated Excellence. I’m deadly serious. We’re doing this. I’m that petty.

Meanwhile, Dennis Sundberg’s take over of the club is off…

…And on more often than a really frail but determined bucking bronco enthusiast. Patience is being rapidly lost at my end.

But the greatest news of all this week is that our Burkinabe winger-turned-inside-forward Zoun has finally admitted that he’s happy to stay at the club after letting me know in January that he was concerned about his playing time. I’ve given him a chance to adapt to our system since then and by jove he’s taken it.

Ardennes are hoping to achieve mathematical safety in Ligue 2 with 3 points today, but needless to say I’m reluctant to let that happen. There are 3 matches left and I want 9 more points on the board. We’re staying unchanged for this one and I’ll be looking to Phil and Hicham in particular to keep their recent form going.

We get off to a rough start. With 15 minutes gone, Faouzi Hikem switches off and allows Bettoni to get goal-side of him. Collins flicks the ball through for the winger, who takes a touch and pokes the ball past Lenogue to open the scoring. 5 minutes later Zoun drives in from the left looking for an equaliser. He shoots with power but doesn’t get the curl that he’s looking for and sends the ball a yard wide of the far post.

We remain behind for the rest of the half and at the break I make my feelings perfectly clear to the team. Again. Only a few minutes after the restart though, goalscorer Bettoni plays a good ball into the channel for Collins, who runs through and shoots but can’t beat Lenogue, who parries it behind.

With 20 minutes to go we’re still trailing and we’re still not looking likely of coming back into the game. Even less so when Konaté plays a good ball into the channel and Collins strokes it past Lenogue from the edge of the box to put us 0-2 down. Incensed, I make a trio of substitutions: Florian Ayé, Adama Ba and Abdoulaye Sissako replace the ineffective Hicham Aidir, Zoun and Lamine Fomba.

With 5 minutes to go, Ba continues his streak of injuring himself on his return to the team by picking up what looks like a thigh strain. He plays on though. A few minutes later we’ve come alive too and when our free kick breaks down Sissako brings the ball onto the right wing and curls a cross into the box. Ngoula hooks it out of immediate danger but Ayé chests it down and shoots, drawing a top class flying fingertip save from Hajji. Ba keeps the ball in, chips it into the box and Foden gets his head to it, but his effort’s cleared off the line. Neither of those near misses are the really horrific part though. That comes just seconds later when Bettoni runs the ball down the wing on the counter and crosses, Lenogue makes a good save to keep out Collins’ first effort, but then can’t stop him tucking away the rebound. 0-3 and all hope is gone. All hope for the title has surely pissed off too.

We do manage to work the ball up to Ayé straight from kick off, who plays Foden in behind so he can place the ball into the top corner, but it’s no more than a consolation goal. We dominated today while hardly ever threatening. We’ve bottled it. 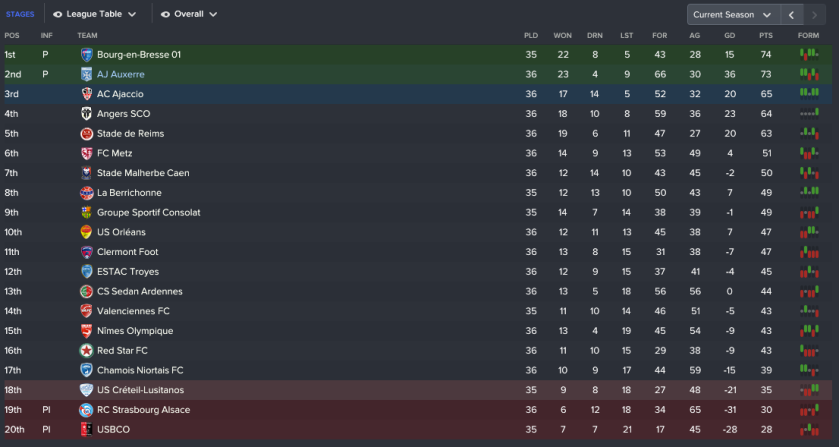