Éder is the immediate solution to our problem. One that I’m very, very happy with. 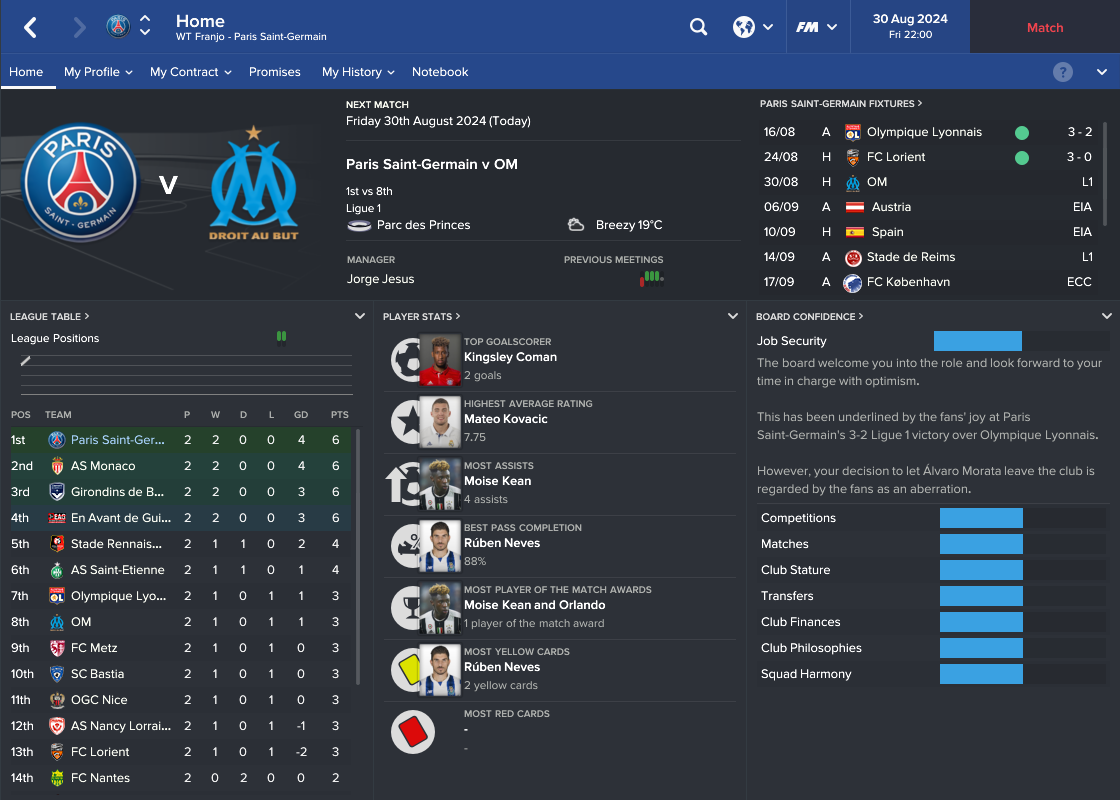 “What would you say to those who claim that walking into your first big club and spending £85M on a single player straight away shows your inexperience as a manager?” Smirks the l’Equipe reporter. The hairs on the back of my neck prickle as I lean in towards the microphone.

“I would say,” I start thoughtfully, “That sometimes you’re able to buy a player for the future at a lower price and that sometimes you need to spend more money to get an immediate solution to a problem area in your squad.” I stare unblinkingly into the reporter’s beady eyes as I plough ahead. “I would say that it’s no secret that if I had been appointed a few weeks earlier, I would’ve tried to make sure that certain transfers were cancelled, as I feel like we’ve been left short in some areas of the squad and bloated in others. Éder…” I gesture to my new Brazilian signing, set to my right. “… Is the immediate solution to our problem. One that I’m very, very happy with.”

I can’t let them see how terrified I am. I cannot let them see how much I’m sweating under my trusty grey coat. Signing Éder from Manchester United is in my opinion the biggest gamble I’ve made in my career. Until now, that title has been held by my decision to join an Auxerre side that could have very easily been relegated into the French 3rd tier, but in full view of the entire World’s media, I have just made this 20 year old ball winning midfielder the most expensive Brazilian ever, shattering Kaká’s record transfer to Real Madrid by £27M. I’ll give you a moment to remember some Brazilian footballers. Maybe you’d like to remember Ronaldo. Maybe Ronaldinho, Socrates, Zico or Rivaldo. Maybe fucking Pelé. Whoever you’ve chosen to remember, Éder is now more expensive than them. It’s fair to say the move has turned heads.

You see, it’s not just that I’ve signed a defensive midfielder for £85M. That in itself isn’t that much of a shock seeing as only a few weeks ago we sold Diawara to Barcelona for the exact same amount. The thing is, Diawara has proved over his career that he’s worth the money, whereas Éder… Well, just 2 years ago he joined United for £5.25M off the back of a couple of decent seasons for Santos and has made just 27 league appearances since, 16 of which were for Espanyol during a loan spell. He was good for Espanyol, but not £85M good. He was not good on his rare appearances for Mourinho’s men.

I have also, ridiculous as this is to say as manager of Paris Saint-Germain, never shown that I am good at spending money. I’ve been excellent on a shoestring if I say so myself, bringing in gems like Hurley, Aires, Olivier and Traore for Angrense, Sohna, Kakuba, Joël, Aidir and Masango for Santos, the Santos 4 and players like Foden, Billy, Doucouré and Vidal for Auxerre. The thing is, it’s all relative. After Aidir, my most expensive signing at Santos was Yanga Baliso, a thoroughly unimpressive left winger. My most expensive signings for Auxerre were Fabian McCarthy and Amine Reynier, who I suppose still have time to become impressive players, but under my reign were very average. At Katowice, there were a couple of good signings like Danny Wilson and goalkeeper Jack Hamilton, who I never had a chance to use but who went on to make the club a great profit, but you need to weigh that against my £43k signing of Alan Hutton. My point is, the players I’ve signed for big money relative to the clubs I’ve managed have tended to be some of my worst signings, while the cheaper ones have generally been pretty good. So for me to go straight out and throw £85M at a largely untested Brazilian ball winner 3 matches into my PSG tenure, eyebrows have been raised.

I considered once again just not buying anyone at all. Maybe it’d all be alright with the squad I already have at my disposal. Maybe Neves and Kovacic can provide all the defensive cover I’ll need as they’ve proved capable so far. But will I think the same way the next time we come up against Monaco? Will I think the same way if we go deep into the Champions League and come up against one of the best sides in the World? Simply, no. No I will not. We need a defensive midfielder.

And my god I tried not to spend £85M. I really did. I looked everywhere. I looked in South America, Europe, I hoped for yet another gem from Africa, I looked down the back of the bloody sofa cushions, but all to no avail. Defensive midfielders and I mean real defensive midfielders, who are or at least have the potential to be world class are at an astonishing premium. I considered raiding Auxerre for someone like Sissako or Goujon, but aside from the fact that I really don’t want to break up that fantastic team, the cold hard truth is that they just aren’t at our level and they never will be. They won’t be able to provide what I need for this team. That’s why I’ve taken this risk. That’s why I let United haggle me up from my initial £60M bid. That’s why I’ve signed Éder.

He has all the tools to be successful. He has the athletic ability, the mental fortitude and the technical skills. With some guidance, he can be the complete defensive midfield powerhouse. The full Brazilian that we all need. 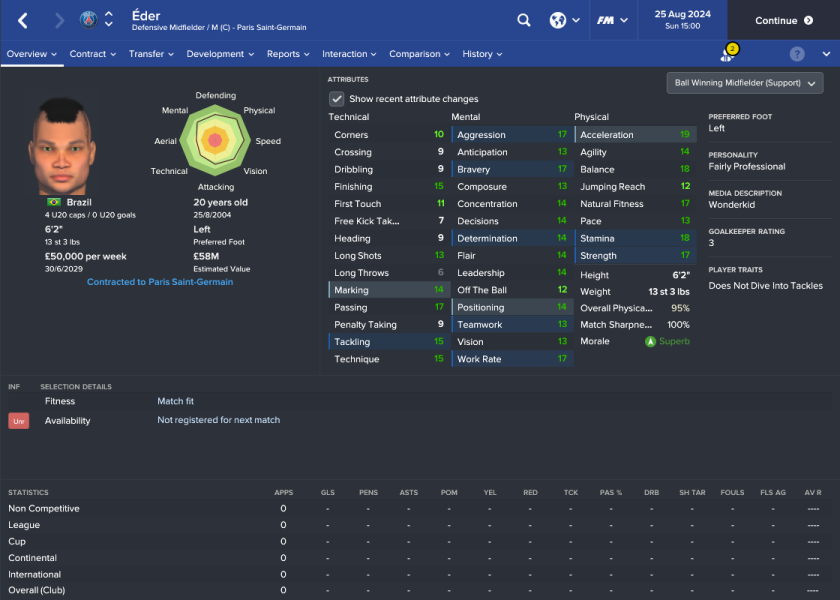 My name is Franjo. And I will be a Football Manager. View all posts by wtfranjo